Remember to ask: Is this the best deal?

COVID-19 has wreaked economic havoc globally and Australia is now officially in a recession for the first time in nearly three decades.

The Australian Bureau of Statistics has also revealed that nearly a third of Australians (31%) reported that their household finances had worsened due to COVID-19. Consumer spending is down and opportunities to save on everyday expenses are being actively sought out by consumers.

It’s a particularly important time for consumers to be asking this critical question of themselves and their service providers: is this the best deal for me?

It’s common for contracts such as mobile phone plans to be set with automatic renewal clauses. Unless the consumer is aware of when the contract expires, chances are the contract will continue rolling.

According to Brennan Law Partners, specialists in Australian Consumer Law, “despite being subjected to scrutiny and criticism, automatic renewal clauses are not prohibited in Australia, either by statute or common law.”

Tim Nicholas of GetReminded says, “The responsibility usually rests with the consumer to be aware of when contracts are due for renewal. We know that in the busy, fast-paced world we live in, trying to remember when every service contract is due for renewal can be a significant challenge for consumers.”

”Statistics show (according to savings.com.au) that Australians are more likely to get a divorce than change insurance providers.”

The GetReminded app is a prompt to seek out the best deal, at the right time

Australian-based startup GetReminded has launched an app that empowers consumers by prompting them to ask questions of their service providers at exactly the right time when their contracts are up for renewal.

“We wanted to help everyday consumers to position themselves to get the best deal from service providers. We think the timing is critical. After initial set up, the GetReminded app sends a series of reminders prompting users about their personal, upcoming renewals and bills. Consumers can then look to get a better deal from current providers or shop around and switch to alternative providers if they aren’t satisfied. One of the times consumer bargaining power is strongest is definitely at the time of contract renewal, Tim Nicholas of GetReminded said. 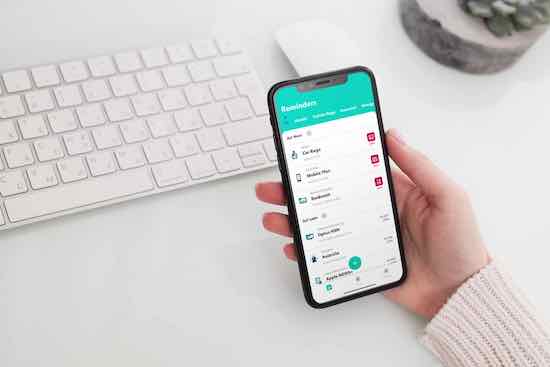 It can pay to ask

Price points in the market can vary significantly and it is likely that if you don’t ask for a better deal, you won’t get one.

Mitch Watson, Canstar Group Manager, Research & Ratings, commented that “With over a 2.65% difference between the lowest & highest home loan comparison rates on our database, it could be a good time to review your loan.”

To help you take control of your finances and prevent auto-renewal clauses rolling over without question, download the free GetReminded app today.

Got any questions for the GetReminded team? Review the FAQs or send an email to: [email protected].

Disclaimer: This information is meant as a guide only and should not be taken as legal or financial advice.

This website uses cookies to improve your experience while you navigate through the website. Out of these cookies, the cookies that are categorized as necessary are stored on your browser as they are essential for the working of basic functionalities of the website. We also use third-party cookies that help us analyze and understand how you use this website. These cookies will be stored in your browser only with your consent. You also have the option to opt-out of these cookies. But opting out of some of these cookies may have an effect on your browsing experience.
Necessary Always Enabled
Necessary cookies are absolutely essential for the website to function properly. This category only includes cookies that ensures basic functionalities and security features of the website. These cookies do not store any personal information.
Non-necessary
Any cookies that may not be particularly necessary for the website to function and is used specifically to collect user personal data via analytics, ads, other embedded contents are termed as non-necessary cookies. It is mandatory to procure user consent prior to running these cookies on your website.
SAVE & ACCEPT